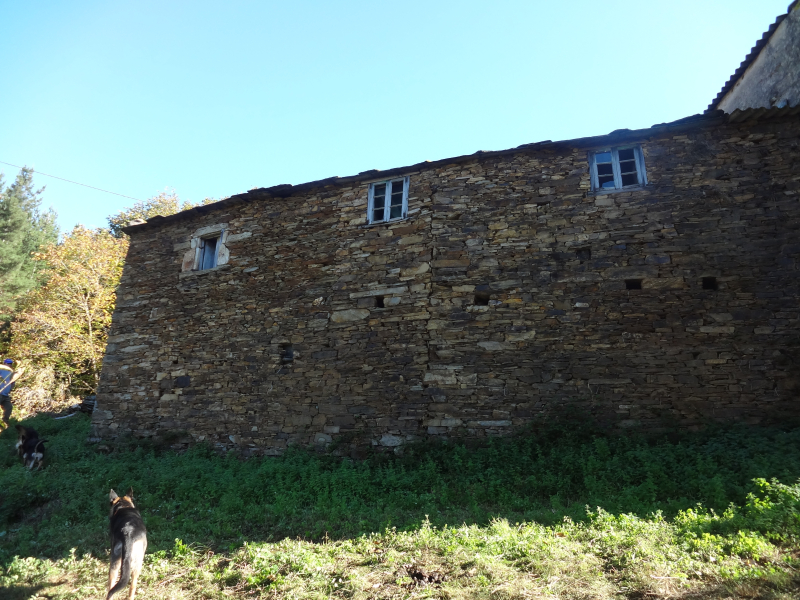 A property has come on the market near Vilaoudriz in Galicia. It is about 10 minutes away from A Pontenova. Click here for a map of Vilaoudriz . It needs completely renovating but is an interesting project for someone looking for a different life in Galicia.

The property itself is attached to another house which is only occupied for 2 weeks during the Summer. There is a third house which is abandoned. Although attached to a second house, it is not overlooked at all and has its own private area of land. It has about 5000 square metres of land which is on a steep slope. There is also an old outbuilding in which there is an old bread oven.

The property faces south and has great views. It has water and electricity as well as a narrow access for cars.

Inside it has some nice features such as a bread oven, an intruiging wooden boxed area, interesting beams and a large downstairs area with lots of stone features. The stone looks good and a lot of the beams could be reused in the restoration. 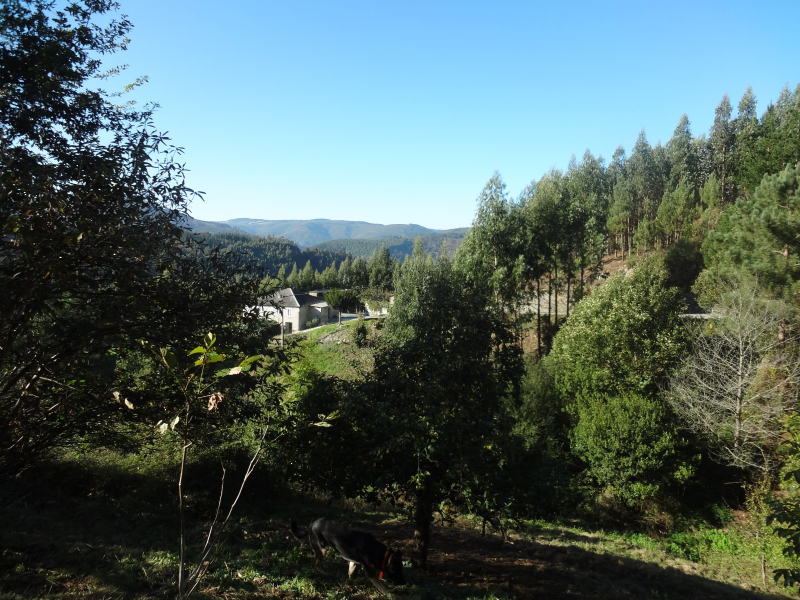 The property could be restored with the bedrooms downstairs and the living area upstairs. This would take advantage of the great views. There is a covered area over the entrance which could be developed into a fantastic outdoor eating area.
The bread oven (separate building) could be rebuilt as a workshop, small cottage, storage area or some such building. Here are a selection of photos to give an idea of the property. 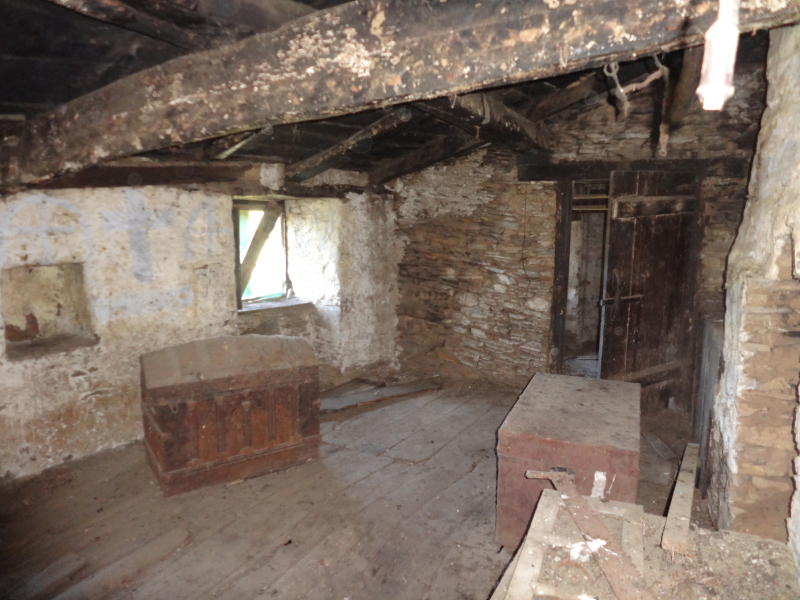 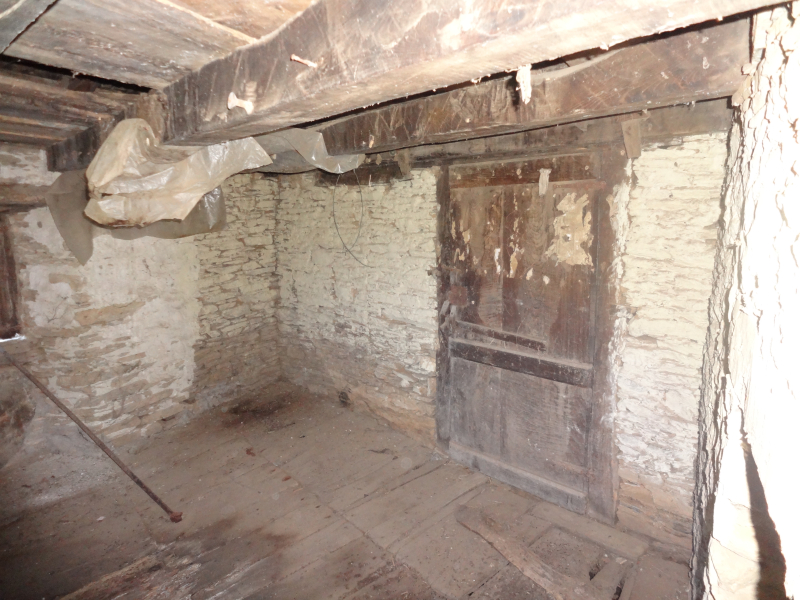 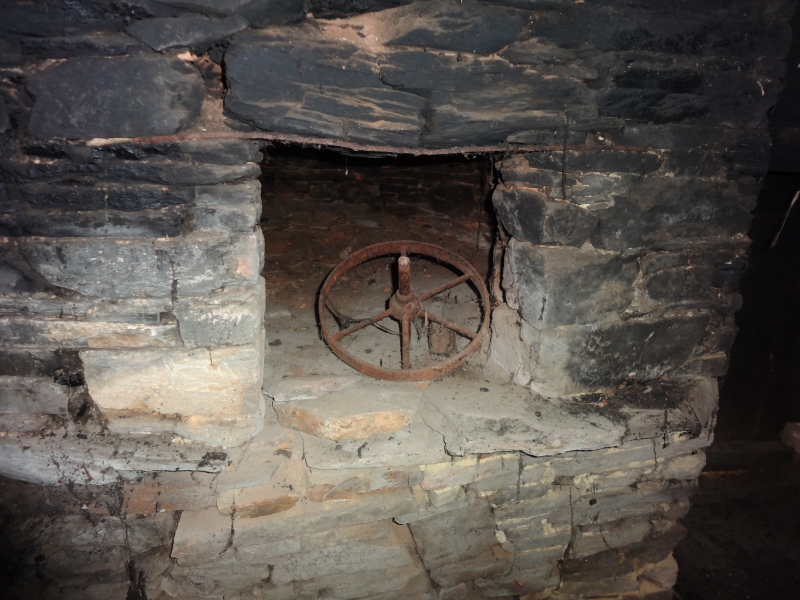 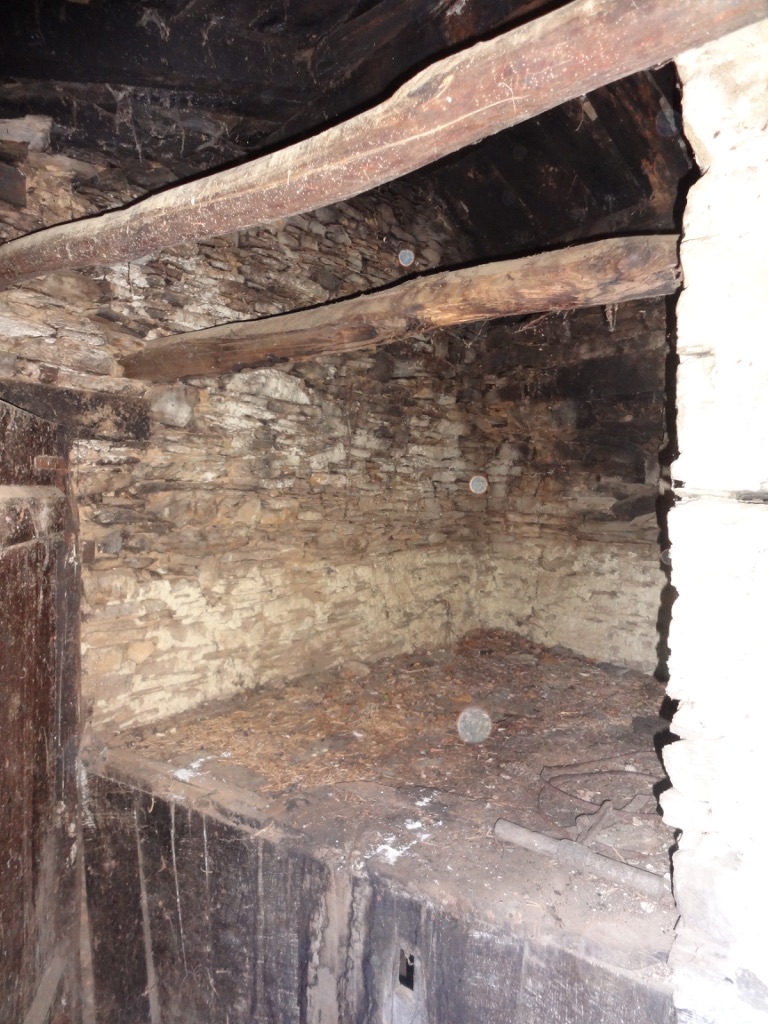 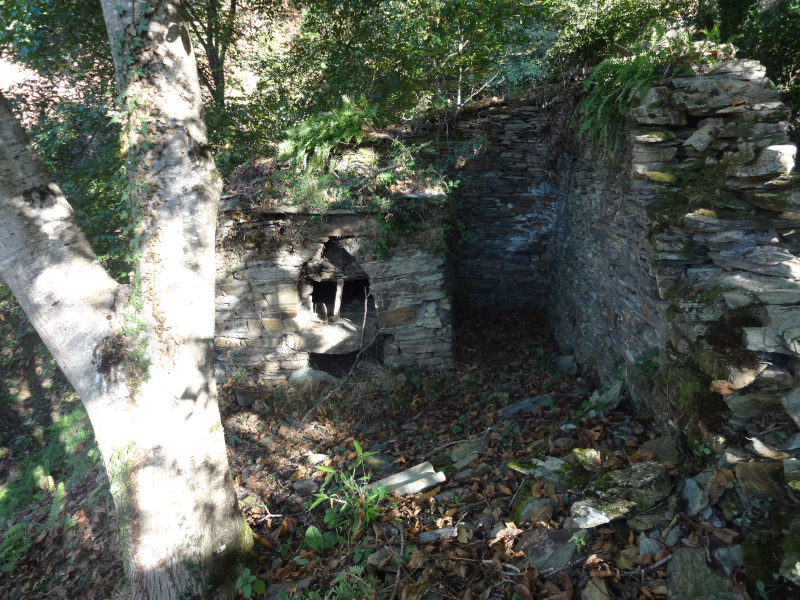